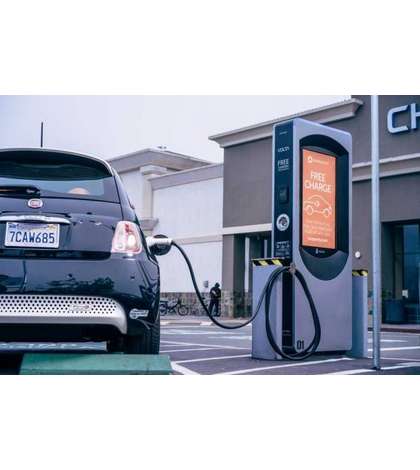 San Francisco startup Volta believes charging an electric car in public should be free, at least for the driver.

Volta’s charging stations, installed in parking lots and garages, are all sponsored by companies seeking a little green publicity. The businesses — which so far include Whole Foods, Sungevity and the Oakland Athletics baseball team — pay for the equipment and the electricity, which drivers can tap for free.

The sponsors get a way to build brand loyalty among electric car aficionados, while the drivers get more places to fill up in public.

«It’s a service to the community that gets people excited about the brand,» said Scott Mercer, co-founder and CEO of Volta Industries.

After piloting the idea in Hawaii, Volta has now installed 110 chargers in Honolulu, the Bay Area, Los Angeles, San Diego and Phoenix. And on Wednesday, the company announced $7.5 million in new financing to continue the expansion, including money from Three Bridges Ventures and SQN Capital. Since its founding in 2010, the company has raised $12.5 million in equity and project financing.

Other companies, including ChargePoint in Campbell, have spent years building out extensive networks of public charging stations for electric cars, often targeting parking garages and lots. In most cases, however, drivers have to pay for the electricity, usually by signing up in advance to use the network.

Mercer argues that the industry could learn from the many online businesses that offer free services underwritten by sponsors. Drivers can use the stations without the hassle of joining a network, and they’ll associate that free perk with the stores that offer it.

«When you give charging away as a free amenity, it’s much more likely to be used,» Mercer said.